“Cooking for oneself reveals man at his weirdest. People lie when you ask them what they eat when they are alone.  A salad, they tell you. But when you persist, they confess to peanut butter and bacon sandwiches, deep fried and eaten with hot sauce, or spaghetti with butter and grape jam”

(extract from book “Alone in the Kitchen with an Eggplant”)

I like eating, and I like food. I like going to newly opened restaurants and trying out new dishes. Even cooking (sometimes). But always when there is  company.

I had great expectations of myself before I went to Sydney in 2008. I was going to turn into some kind of Nigella Lawson meets Jamie Oliver person, poking at all the fresh produce in Australia, preparing healthy, tasty meals for one.

But being alone and faced with the prospect of needing to feed myself, I became a creature of habit. I could eat the same thing day after day, night after night.

My kitchenette in my little loft in Sydney had only a microwave, a sink and a little bar fridge. The real (shared) kitchen complete with stove was 50 steps away, and was gross most times (that’s the way with communal living with 50 people to a kitchen).

Cooking meant that you had to balance and carry all crockery, utensils, seasoning, and ingredients to the shared kitchen. It takes planning (do I need pepper with that?), and some good balancing skills.

So lazy people like me prepare one-dish meals, i.e. cutting/slicing/marinating all the ingredients in my little kitchenette, throwing them into a frying pan, pour in some(olive) oil, and carrying only said frying pan and a spatula into the kitchen. If you forgot to add salt into the pan before the trip to the kitchen, so be it. The dish will just be salt-less for that day. No crockery involved either, you eat the food straight out from the pan.

The prospect of cooking for oneself dimmed even more as the semester went on, particularly nearing the exams. I remembered that there were (way too many) occasions where breakfast, lunch, dinner consisted of a mixture of micro-waved oatmeal, milk and honey.

Or buying (tons of) sushi rolls from the mall and micro-waving them (yes, somehow, micro-waved tuna sushi roll tastes good).

I ate them at my messy desk, in front of my laptop. Simple (and weird) as these meals might be, they were sustenance, through the times when I needed to be alone with my thoughts and my essays.

I was reminded of a Chinese proverb: “肥水不流外人田” with its play on the words “brother” and “sister”.

However, I can’t seem to find a proper english translation of this phase. A rough translation could be “One should not let fertile water flow into an outsider’s field”.

The closest approximate english proverb I could think of was  “charity begins at home”, or “Each miller draws water to his own mill”, but I don’t think these properly capture the meaning of keeping fortunes within a family (to the exclusion of others) and perhaps of nepotism (?) that’s implicit in the Chinese proverb.

But what do I know? I’m a native speaker of neither. 🙂

Life with a Law Student: Legal Positivism and Wiki

One of Mr. Cinical’s classes this semester is on Legal Theories – a compulsory module required for 1st year law students. He absolutely dislikes the readings.

Mr Cinical: So what exactly is Hart trying to say? (exasperated after attempting to digest the readings)

Me: Hart belongs to the legal positivism school. Legal positivism postulates that law and morality are separate concepts. So a law can be valid even if it is not “moral”, blah blah blah….

Mr. Cinical: And where did you get the information from?

Mr. Cinical: I’m going to take whatever you say with a pinch of salt.

Me: But I do sound convincing, don’t I?

Mr. Cinical: Yeah… I think I will just try to sound convincing in class then. I just need to think that I’m right all the time.

“Deep inside, I’m still a proletariat.”

“Yah, but the spirit is willing, and the flesh is weak.”

Conversations with ex-classmates from Political Science over wine and cocktails. We used to have similar conversations over cheaper teh-C and kopi-O in the arts canteen.

Notwithstanding choices of beverages, conversations today are no less insightful.

Life with a Law Student: The Neurotic Episode

We were taught to become cynics. To become skeptical. To second-guess everything we were told. To peel back the layers of every statement, looking for a loophole or hidden trap. To analyze every word to death. To distrust people. To become the kind of people other people hate. Indeed, we were learning to think like lawyers.

Mr. Cinical and I usually sit next to each other, reading. At points, either of us will interrupt the silence, with some random legal theories, or sociological observations, or just something funny which jumps out at us.

So he with his criminal law textbook, and me with Kimes’ Ivy Briefs: True Tales of a Neurotic Law Student, a hilariously funny book by the way (recommended for law students and their spouses).

Me: “Hmm, the description of law school and the training she describes sounds just like what you are going through. See, you are learning to analyse very word I say to death. To find a loophole in my arguments. Smacks of neurotism”

Mr. Cinical: “But I am not neurotic.”

Me: “Argh, see, you are learning to be a lawyer. Always disagreeing.”

Me: “You should not argue with me, you know I’m always right. The wife always is. Case closed. :)” 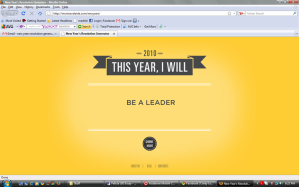